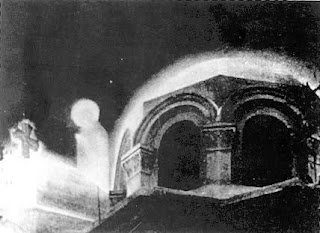 Salvatore M. Perrella, an expert in dogma and Mariology from the Mariunum Pontifical School in Rome, explained recently the criteria used by the Church to determine the legitimacy of Marian apparitions. His explanation comes in the wake of the Church’s approval of the apparitions of Our Lady of Laus in France.
In an article for L’Osservatore Romano, Perrella cited Jesuit Father Giandomenico Mucci to explain the difference between a vision and an apparition. The first is of a spiritual nature, while the second is of a physical one. That is, the seer has a real and sensible experience of the one in the apparition.

After explaining the Church’s process for verifying Marian apparitions was discussed at the Lateran Council and the Council of Trent, Perrella explained that currently “discernment about the veracity” of alleged apparitions “falls to the diocesan bishop or archbishop—and in recent times to the episcopal conference in question—and to the Pope.”

He also pointed out that the “Congregation for the Doctrine of the Faith drafted an internal and secret document on February 25, 1978, after four years of study, signed by the prefect Cardinal Franjo Seper to be used by the competent authorities” in evaluating supernatural occurrences.

Perrella went on to point out that the CDF instructed that for an investigation to proceed, “precise information” should be gathered about the various aspects of the alleged apparitions such as testimonies of conversions, theological analysis of the message of the apparitions, a medical and psychological review of the seer or visionary, including his or her educational level, an examination of their spiritual life, their level of communion with the Church, miraculous healings and occurrences, and other factors.

After a detailed examination of the numerous events related to apparitions, Perrella said, the Church “has approved a total of 11 apparitions out of 295 that have been studied—including now the 12th, which are those of Our Lady of Laus, approved on May 4, 2008.”

“Once verified and authenticated by Church authorities, the extraordinary manifestations may be freely embraced, as faith is reserved only to the public Revelation of God which ended with the death of the last Apostle,” he said.

In any case, Perrella stressed, the apparitions approved by the Church only manifest the evangelical mission of Mary throughout the history of the Church, which has been to point the way to the Father’s house through faith in the Lord Jesus.

Such revelations, while they help to increase faith, “do not add to the Revelation given to the Church in Sacred Scripture, but rather they help to make it current during a specific period in history,” he said.

This is one of the few photographs that allegedly actually shows an apparition of the Virgin Mary. It is one of the many visions that was seen in 1968, when the Virgin appeared atop a Coptic Orthodox Church of St. Mary in the town of Zeitoun, a suburb of Cairo, Egypt. The vision was actually shown on Egyptian television. The apparition was first spotted by two car mechanics who thought it was a nun in a white habit about to jump off the roof. The vision appeared on and off for about two years. Link (here)
Posted by Joseph Fromm at 1:00 AM