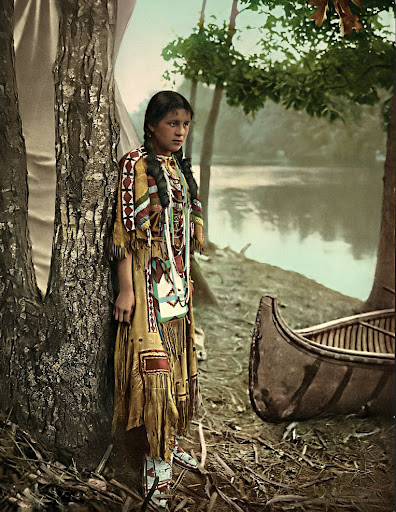 This good Catechumen, between 12 and 14 years old, answered by fleeing, leaving there his presents, and him who offered them, without saying to him a single word. Having now recognized her constancy, we prepared her for Baptism.

The devil tried to oppose this, for she was seized by a sort of obsession, so violent that she instantly turned her head around, with horrible distortion, and her stomach grew enormously swollen. We saw that she was utterly terrified, and unable to utter a word, except, " I am afraid, I am afraid." This happened to her three times, and always at a time when none of us could be called to see her in this condition.

There were urgent requests to have her take some medicine, to clear her brain, they said. We were willing to do this, but negligence suddenly seized us. Baptism was destined to cure her; for, since the sacred waters have made her a child of God, the devil has never caused her this fright. She was called Magdelaine of St. Joseph. I hope that some soul dear to God will find in her a wife.
Link (here) to read the mentioned portion of the book, The Jesuit Relations and Allied Documents.
Blogger Note: Picture is not of Magdalaine of St. Joseph, however you can find it (here)
Posted by Joseph Fromm at 12:59 AM