Jesuit On The Burning Bonfire At Georgetown University 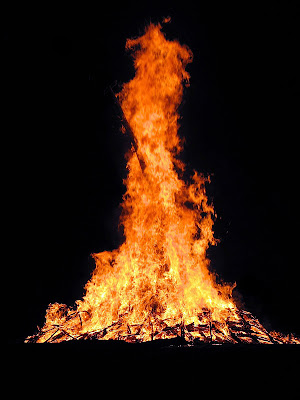 Georgetown is my alma mater, and I have many fond memories of the college at which I matriculated almost fifty years ago. I had many fine Jesuit and lay teachers (amongst the latter, not all were Catholic but understood, respected, and celebrated the institution’s mission and identity as a Catholic and Jesuit center of learning) who helped me simultaneously cultivate my mind and soul. I don’t think I would have the same experience today if I were matriculating in the present day.

Why? Was the decision to change the soul of the institution intentional? Probably not. But change has happened through decisions that persons responsible for the nature and soul of Georgetown have made freely over the years. The evidence of the withering of the Catholic soul has grown during the passage of time. I cannot say if there is still time for Georgetown, and other schools pursuing the same path, to self-prune, but I pray for this. Being an optimist, I want to say there may well be a final opportunity, but the time is growing short, very short, for this to happen.

Almost twenty-two years have passed since Blessed John Paul II issued his apostolic constitution Ex Corde Ecclesiae addressing many important matters concerning Catholic universities, their mission, and their identity. Some of the institutions which claim the modifier “Catholic” have taken the counsel of JPII to heart, but others have not. Georgetown is in the latter category, so it appears, judging from all the currently available evidence. Today I join the appeal of Professor Patrick Deneen and others acknowledging that much will be lost when this, the oldest Catholic university in the United States, takes that final step that severs itself from the Vine of Christ. As I said, there may still be time, and if there is, it is preciously little. The bonfire that may result is not one of vanity but of a soul. With the soul gone, the vanity will remain.
Link (here) to Mirror of Justice blog and the full article by Fr. Robert John Araujo, S.J.

I wonder if Fr. Araujo has stepped foot on the Georgetown campus in the past half century?

But what hyperbole,i.e., "takes that final step that severs itself from the Vine of Christ."

Higher education is about the testing of knowledge and creation of new knowledge. Inviting a practicing Catholic and head of HHS to address the university community should not threaten those who have a mature faith.

p.s. Why can't one reply to the "Mirror of Justice" postings?

Majestic Queen of Heaven and Mistress of the Angels, thou didst receive from God the power and commission to crush the head of Satan; wherefore we humbly beseech thee, send forth the legions of heaven, that, under thy command, they may seek out all evil spirits, engage them everywhere in battle, curb their insolence, and hurl them back into the pit of hell. “Who is like God?”


O good and tender Mother, thou shalt ever be our hope and the object of our love.


O Mother of God, send forth the holy Angels to defend us and drive far from us the cruel foe.


Holy Angels and Archangels, defend us and keep us. Amen