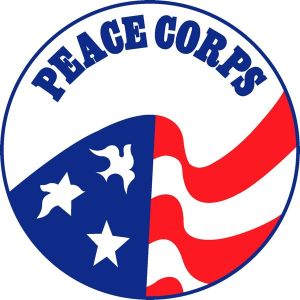 In 1984, while serving as a Peace Corps Volunteer in Nepal, Carol Clark, then twenty-two years old, was
raped on two separate occasions by a Nepalese Peace Corps employee three months into her twenty-seven month service. Compounding the trauma of sexual assault, Clark became pregnant as a result of the first attack and faced a difficult choice: to obtain an abortion or quit the Peace Corps.The latter option would mean the end of a life-long dream of helping others while serving her country. Reflecting on the best option for her life at that juncture, Clark, who had “not [been] pro-choice until that moment,” decided to have an abortion. While stationed abroad, Clark was completely dependent on the Peace Corps for her medical care.Bound by unyielding restrictions disabling the agency from providing Clark with access to the range of medical care she required, the Peace Corps evacuated her thousands of miles away to Hawaii for the procedure.Due to these restrictions, the Peace Corps could not pay for the actual abortion procedure. Clark, living off of a modest volunteer stipend covering only basic living expenses in Nepal, was forced to cover the cost of the procedure. Faced with the prospect of ostracism by her devoutly Christian family, who told her that she was not welcome home if she was pregnant, Clark had to ask the family of her closest friend back home to pay for the abortion. Since 1979, Congress, through annual Foreign Operations appropriations legislation, has prohibited the Peace Corps from covering the expense of Volunteer abortions. There is no exception for instances of rape, incest, or life-threatening circumstances. Of the over nine thousand U.S. citizens currently serving in the Peace Corps around the world, sixty-one percent are women with an average age of twenty-eight.

There are just SO MANY holes in this story, I almost don't know where to begin. Rather than picking it apart, given there would be no one to "counter" with facts or clarifications, I'll just add that this is typical of those scenarios conjured up by the pro-abortion lobby to stress how needed it is...and also how we need to pay for it. The victim was obviously so traumatized by being raped (twice) that she needed to get an abortion so she could immediately get back to work in the same place/location she had just been raped; which is an obvious reaction, right?

Quails,
You don't have any female friends, do you?

Anonymous sniper - I am married to an OBGYN and have more female friends than, say gay guys who like to speak for them.