Born A Japanese Samurai, And Truely Lived As A Jesuit 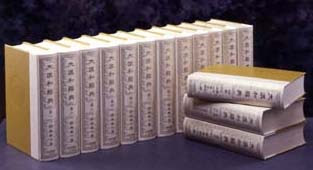 Father Paul Yachita Tsuchihashi, S.J. a former samurai warrior who lived to be one of the oldest Jesuit priests in the world, died recently at , a Catholic college in . He was 98 and an authority on the Chinese language.
In his youth Tsuchihashi wore the two swords signifying membership in a samurai warrior family, but he became attracted to Christianity. He entered the Jesuits at 22, was baptized “Paul” and journeyed to to enter a Jesuit novitiate.
He pursued his studies in , developing a knowledge of astronomy that led to his appointment as observatory director at the Jesuit Aurora University in . When the order founded in in 1913 Father Paul returned to his homeland and remained on the faculty until his death. During World War II he was president of the university.
In recent years he had been proof reading a new 13 – volume Chinese dictionary.
"I believe I can finish the job by the time I am 100,” he said on his 95th birthday. Finding an average of mistake per page in a work which already had been checked by leading scholars, the priest corrected six of the 13 volumes before he died.
Link (here) to the magazine entitled Black Belt published in July 1965
Photo (here)
Posted by Joseph Fromm at 1:01 AM

Technology truly has become completely integrated to our existence, and I am fairly confident when I say that we have passed the point of no return in our relationship with technology.


I don't mean this in a bad way, of course! Societal concerns aside... I just hope that as memory gets cheaper, the possibility of downloading our brains onto a digital medium becomes a true reality. It's one of the things I really wish I could experience in my lifetime.

Keep up the good work.